All-year round, festivals are held at almost every part of Japan. Whatever the season, events seem to just be found every where. Last Golden Week, the Meat Festival, Hawaii Festival, and Oktoberfest was held in Odaiba, a popular entertainment district in Tokyo Bay. 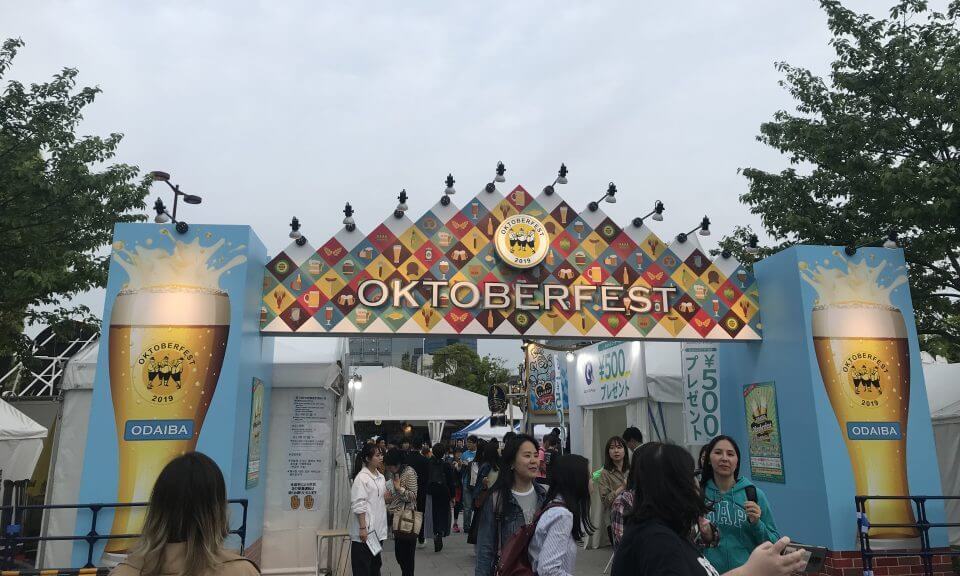 Even if you are not a beer lover, you’ve probably heard about Oktoberfest since it is the world’s largest beer festival originally from Munich, Germany. Golden Week in Japan is in the months of April to May. I wonder why they hold this event too early… 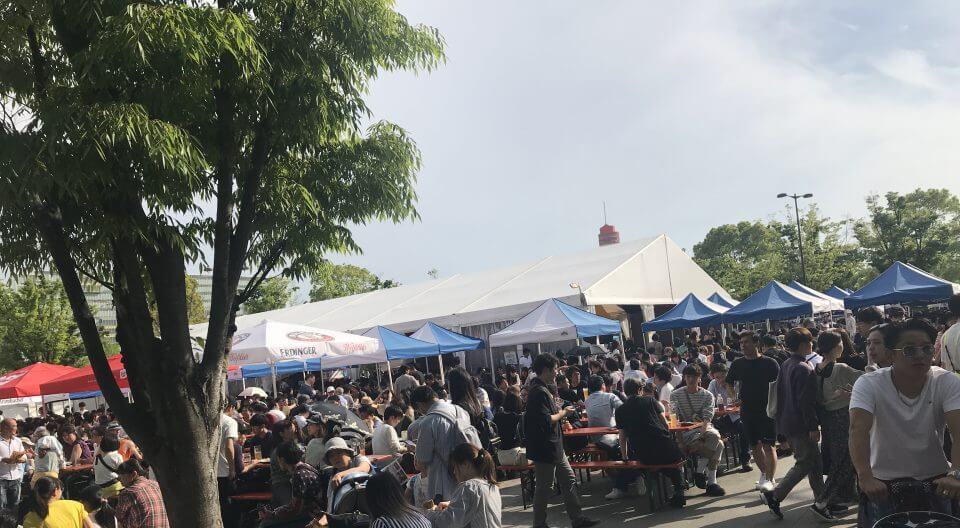 After the rainy weather in the last days of April, people enjoyed the heat in the beginning of May. 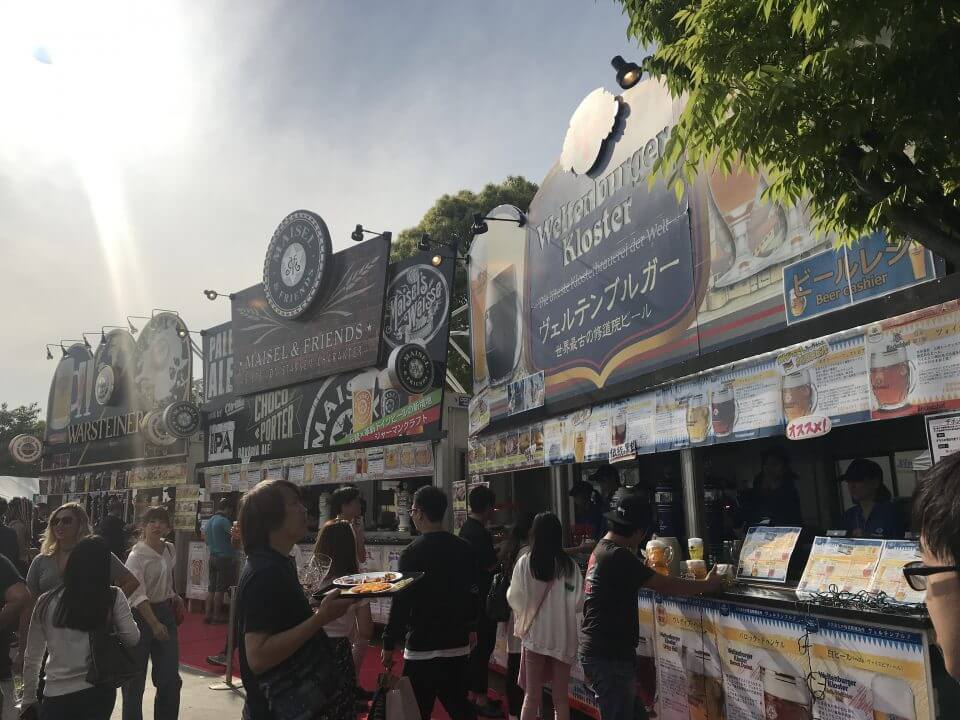 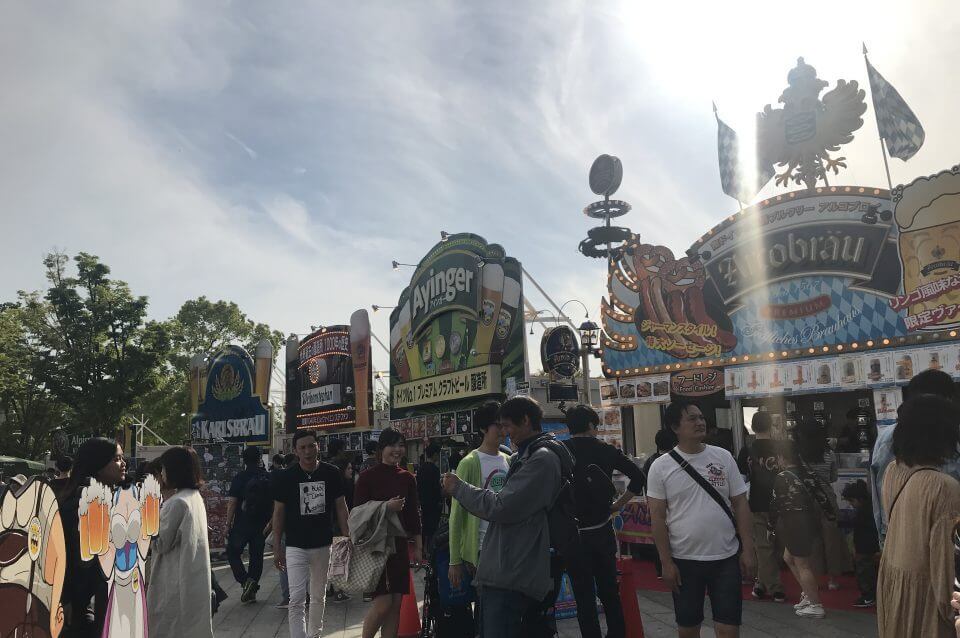 You can see how people are making most out of the atmosphere! The food and beer must be really good with this kind of weather. 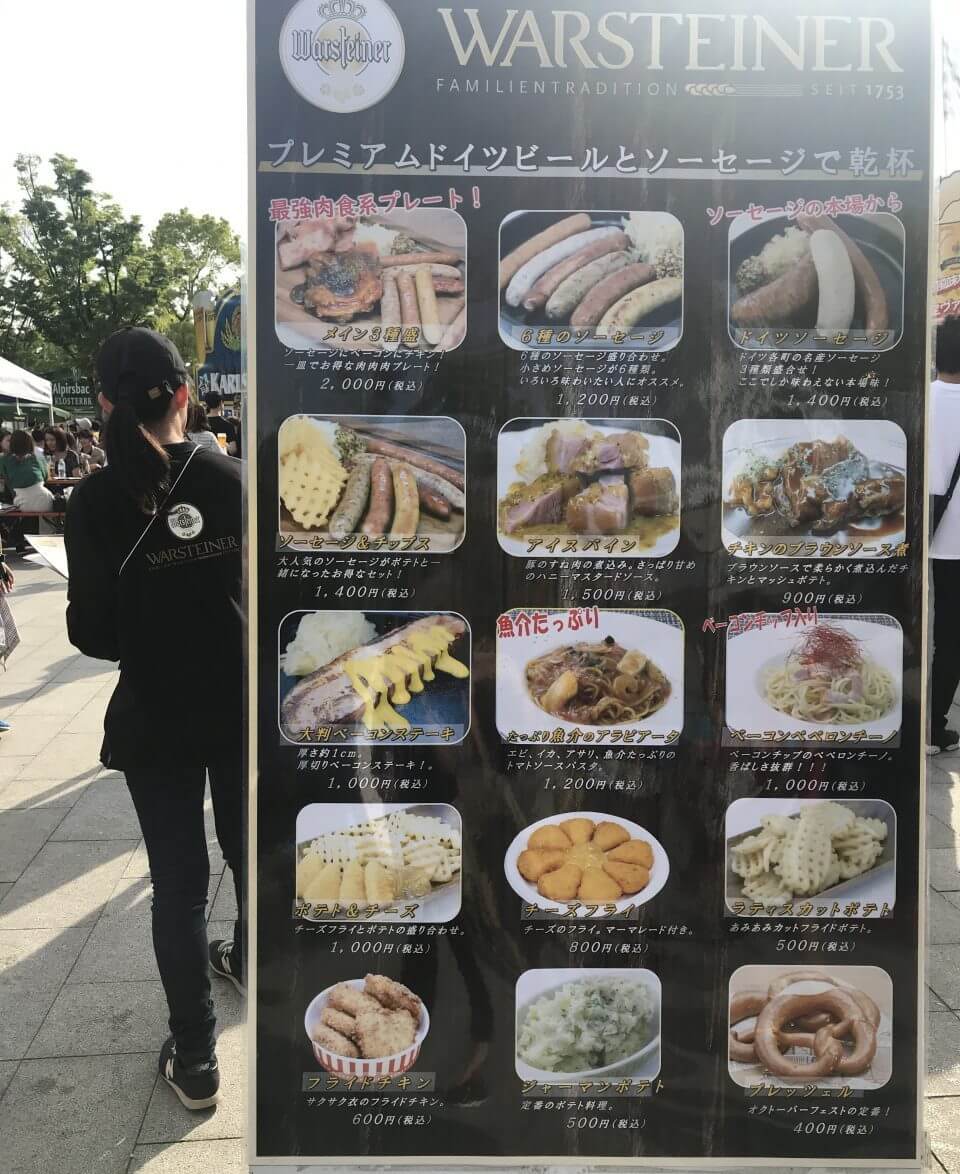 The food ranges from 500yen to 2,000yen and beer prices are quite high, from 1,000yen and up. From experience, this price range is common particularly in festivals in Japan. 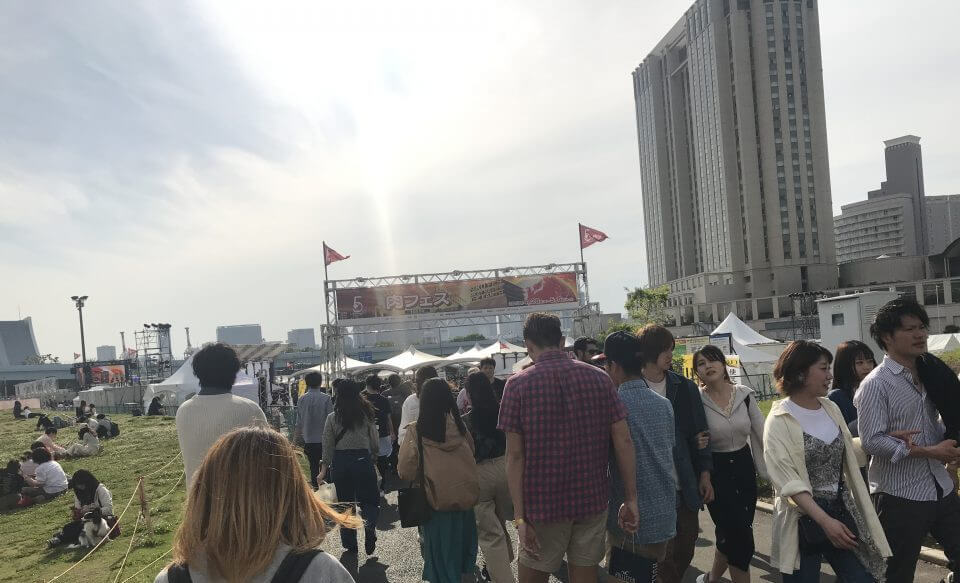 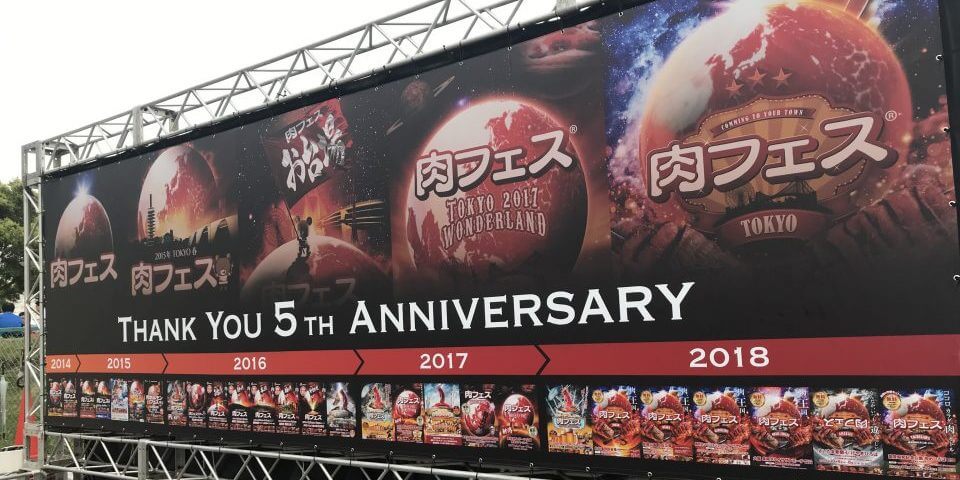 The Meat Festival was held again this year. As you can see, they celebrated their 5th anniversary!

If you’re a meat lover and are big-budgeted, this is the place for you! One order costs from 1,400yen and up. Of course, drinks such as beer are also sold. 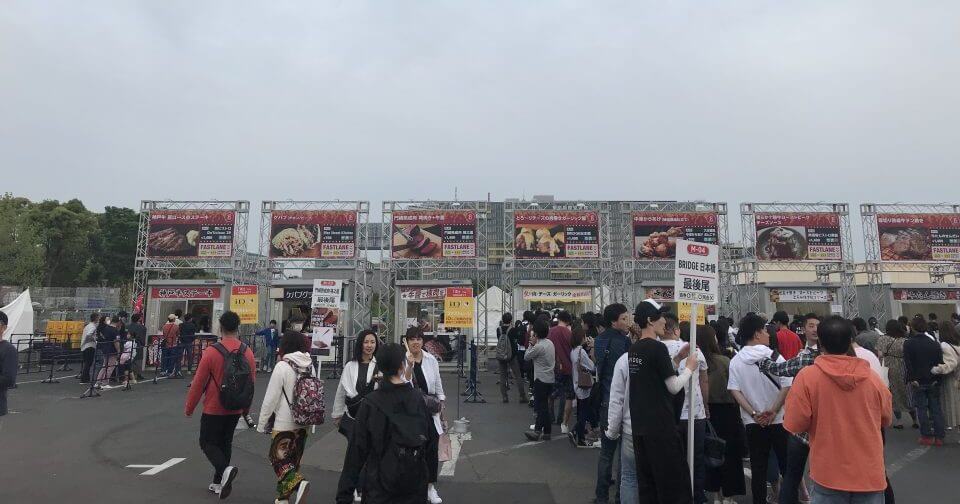 Like any other festival, the lines are always a killer…

I feel like Japan has this strong connection to Hawaii, having many Japanese people visit the country every year. Polynesian dancers entertained the audience with their gracious moves and percussion-like music that made the people move with the beat. 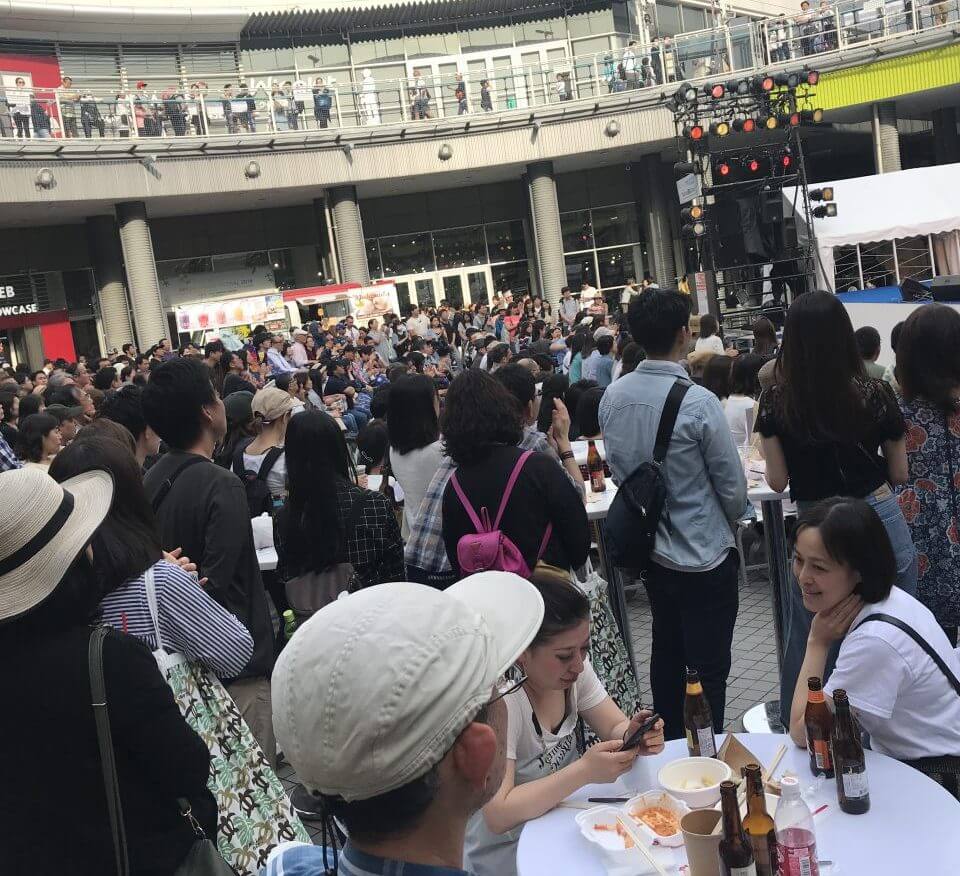 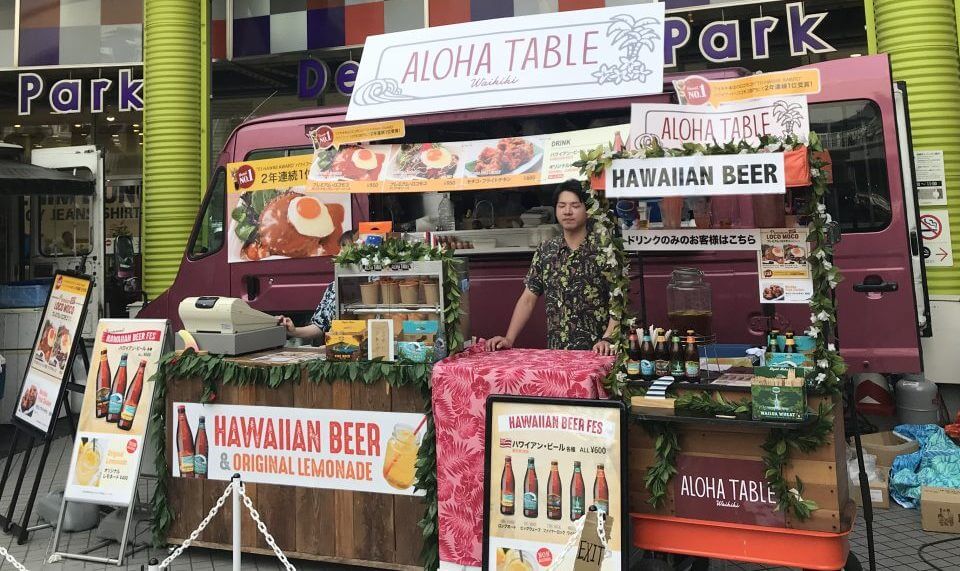 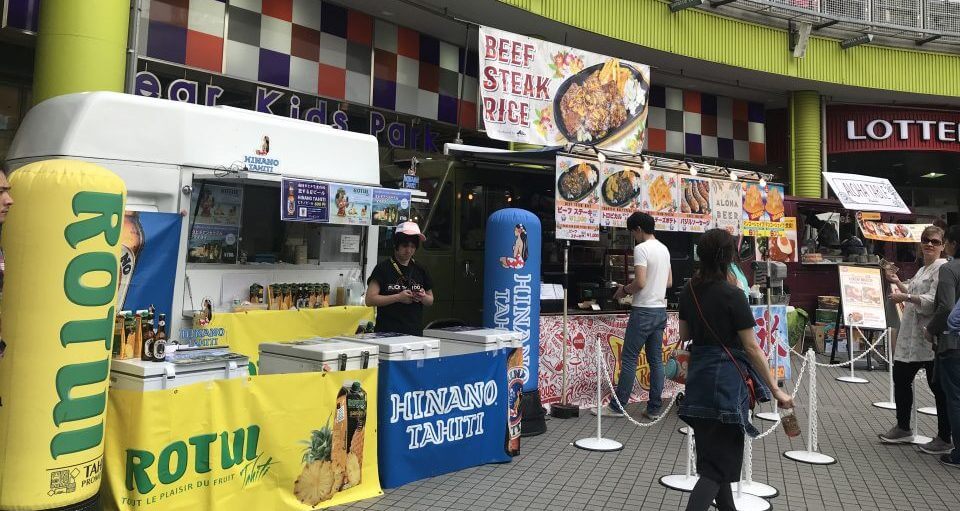 Hawaiian food and drinks were sold in booths surrounding the stage. 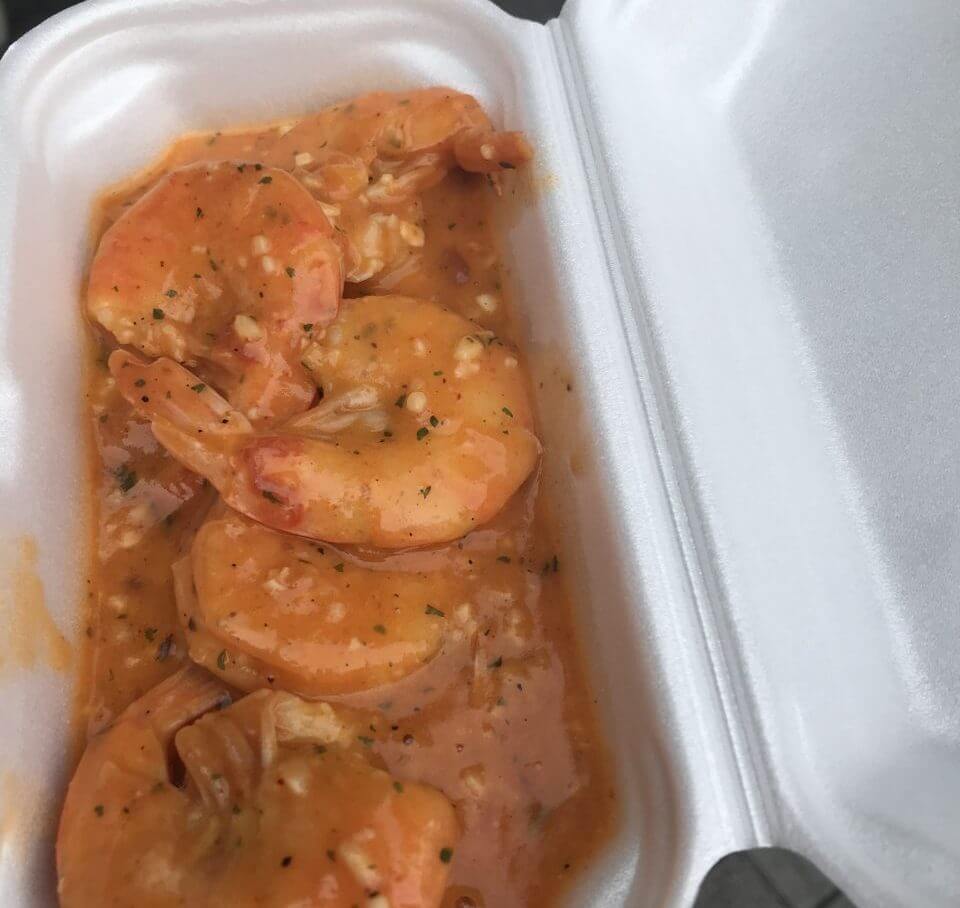 I tried their garlic shrimp and the sauce was especially tasty!

Festivals in Japan are some of the things you should go to more often! You not only get to eat and drink, but enjoy the overall atmosphere of each event. You get to learn more about the culture and the people. It may be immensely tough organizing such events, but in a food and drink-loving country, it’s always worth it for everyone.